That small computer you carry round in your pocket...

That small computer you carry around in your pocket is full of data that any hacker could have a field day with. From emails and text messages all the way down to logging the username and password for your bank account. Today’s smartphones come with basic encryption by default, which obscures this data and makes it harder for data to be stolen. It’s useful technology but it has its downfalls.

When most people talk about “cell phone encryption,” they are usually talking about the data on the phone. With device encryption, stored data is scrambled and unreadable to others. It’s only when the passcode is entered that the data is revealed. This is why your phone may not connect to previous secure Wi-fi networks until the password is entered. It also means that someone couldn’t take the chips out of your switched-off phone to read the data.

Each iPhone ships with an encryption key that’s 256 bits in length. The key isn’t actually stored on the phone but the phone combines the entered passcode with data in the Secure Enclave chip to generate the key. When a user puts in their passcode after restarting the phone, the phone unlocks and decrypts the device data at the same time. The iPhone will block repeated guesses to stop hackers from trying to gain access. After repeatedly entering in the wrong passcode, some phones actually wipe all the data.

The downfall of this technology is one that shouldn’t be forgotten or ignored. As we talked about before, the data on the phone is decrypted once the user puts in the passcode for the first time and not every time the passcode is entered. This means that after a phone is turned on and the passcode is entered, the phone’s data is decrypted until the phone is restarted which is a huge vulnerability in its design. A better solution would be to decrypt the data every time the passcode is entered and then encrypt the data again once the phone is locked. So normally this isn’t an issue because the phone would have to be turned off to remove data from the phone's onboard storage. So now you must be thinking “then what’s the problem?”. The problem lies in the fact that hackers can install software on your phone without you even noticing. Once this software is installed, the hacker then has free roam of all the data that is now decrypted because you unlocked your phone. With a KryptAll phone, this problem is completely resolved because each KryptAll iPhone runs a customized operating system that is constantly checking for rogue software. Another added feature for the KryptAll iPhone is the customized operating system limits and restricts access to the microphone and Bluetooth so rogue applications can’t access those devices unless they are authorized. 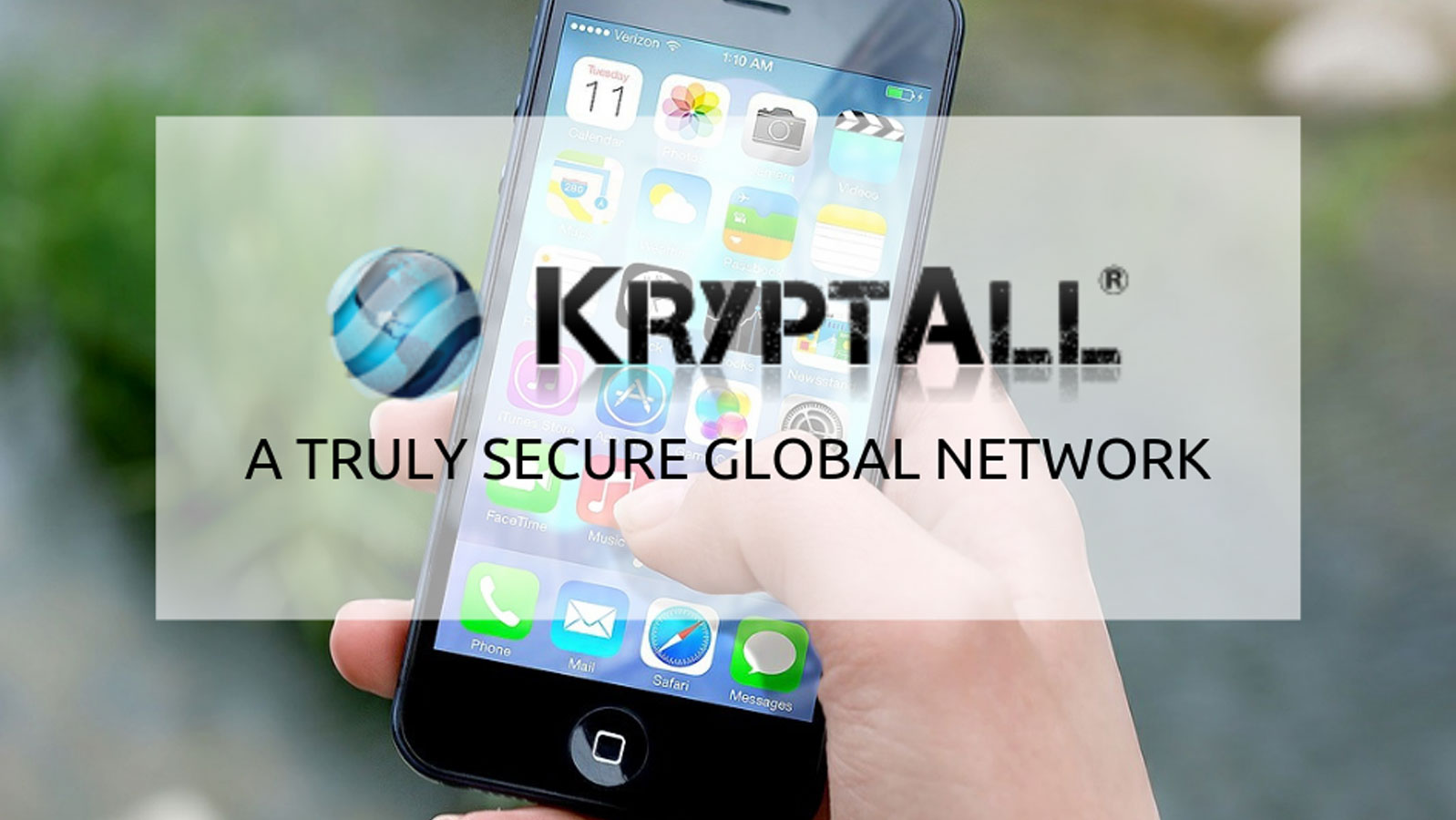 That small computer you carry around in your pocket...

When it comes to encrypted voice and messaging, there are plenty of apps that offer encrypted messaging and phone calls but they are not as secure as most think. The flaw with these apps comes back to hackers installing software on your phone or even worse, your phone is tampered with and extra hardware is installed. This extra hardware and transmit any data it can access and listen to your microphone and speaker. This hardware is so tiny that it fits inside the phone’s case and hackers that use this method can open up your phone, install the hardware, and close it back up before you even notice that they took it off the table you’re sitting at. Another way they get access to your phone is by pickpocketing you while you’re walking down the street, installing the hardware, and then catching up to you letting you know that you “dropped” your phone. When we manufacture the phone, we open the phone up and completely seal off all the electronics which makes it impossible for someone to install extra hardware or even get the phone open.

With KryptAll, the quality and the clarity of communication is absolutely outstanding compared to other products where crackles and distortions are heard due to the technology used. In order to reach this objective, KryptAll developed this system to meet or exceed aerospace and defense industry standards. KryptAll does not use regular public switches. KryptAll uses servers that are reached through the Internet with an encrypted connection. No record or trace of the caller or the called and guaranteed 100% impossibility for anybody to intercept/tap/listen to the conversations when both parties use KryptAll.

When it comes to data on your phone, realize that it is precious and should be protected from others who would steal it and disrupt your life. Having an encrypted phone will assure that your data will be kept private at all times. At KryptAll, we have the additional information from articles, media releases, videos, and slideshows to inform our patrons about the benefits of using encrypted phones. Check out our Frequently Asked Questions section where we answer many questions about our phones and encryption solutions.